I loved this week! Here is where the interdisciplinary nature of the course really pays off for me, since I’ve been focusing on biology lately. In fact, I’m taking a biochem mooc that just happened to be covering the molecular process of hemoglobin oxygenation while I went through this week! And I still remember a mooc from Louvain about respiration, including intricate calculations of alveolar and arterial partial pressures of oxygen at altitudes. In fact, I think I’m going to re-take that course, inspired by this one.

I found the physiological adaptations those who have lived at altitude to be most interesting as well, particularly the ongoing research on Ethiopian highlanders.

I was wondering if the people with physiological adaptations to high altitude (or any other adaptations) do well in certain sports. Maybe in the case of Ethiopian marathoners? 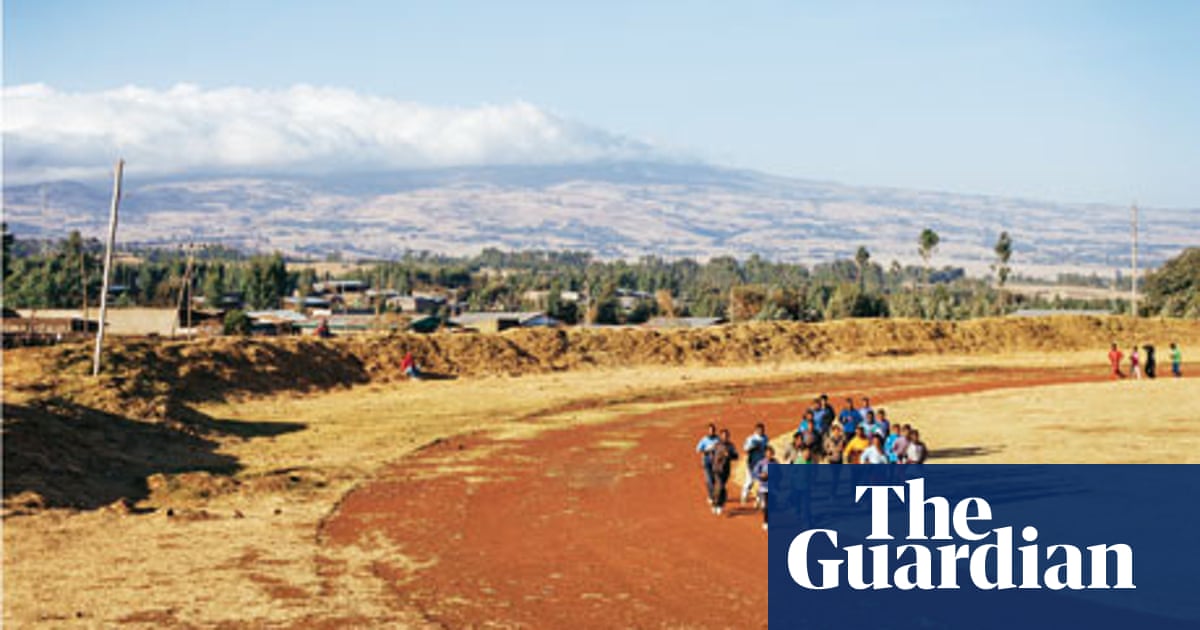 The Ethiopian town that's home to the world's greatest runners

What do Kenenisa Bekele, Tirunesh Dibaba, Derartu Tulu and Fatuma Roba have in common, apart from being Olympic gold medallists? Simon Hattenstone reports

@sloopie72 you might also want to take a look at Science of Exercise. I have done the first week, but it got bit too difficult for me. The parts that I did understand I did find them interesting. Coursera is offering a free certificate till the end of June for this one

Learners who complete Science of Exercise will have an improved physiological understanding of how your body responds to exercise, and will be able to identify behaviors, choices, and environments that impact your health and training. You will...

The article says the runners come from the town of Bekoji - 3200 meters above sea level, so there’s likely some relation. There is a reason so many US Olympic training centers are held in the mountains of Colorado, especially when the Olympics take place in high-altitude places.
Great tip on the exercise mooc, I could use another physiology class, thanks!

Some of the things I enjoyed the most in this lesson:

I, too, am enjoying the interdisciplinary approach of this course. To be honest, it is a bit challenging for me when I’m trying to understand topics I’ve never fully delved into. On the other hand, it’s exciting to get “favorite bits” related to climate and weather, plate tectonics, a little bit of history and the story behind certain theories, and now biology and physiology. It definitely helps with learning because there’s more to attach all this knowledge to.

My favorite bit from this section was actually the tech tip! Add that to interdisciplinary…I had a general understanding of topographic maps, but it’s cool to learn specifics - like how lakes are marked vs. glaciers and tree line indicators with observable changes based on the map’s datum. Calculating trip time and declination is also super useful.

I wrote this offline, so it overlaps with some of the previous people’s bits! @dhawal, you might be interested in the links on altitude training for sports.

When we talk about the “death zone,” we mean not being able to live there unaided, correct? Because people have gone above 8000 m with supplemental oxygen, right?

I have a confession to make: the only mountains I’ve been on are the kind you drive up on a nice road and go to the souvenir and snack shop at the top! I’m more drawn to the scientific and social aspects (I love the stories about the guys in the 18th and 19th centuries trying to figure things out, and I loved the interview with the Stoney chief about his father’s book). But that’s why I think this course is working so well, there really is something for everyone, and if you’re not particularly interested in one thing, there’s plenty more to learn about.

“haemoglobin” made me smile, too.

I found the mention of the Zenith balloon disaster interesting. It led me to reading this article in The Medical Times and Gazette from 1875. It shows what experts at the time thought about the cause of death:

'The deaths of the two aeronauts in question, he added, were not caused by want of air or by an insufficiency of oxygen. At an altitude of 7000 metres, the density of the atmosphere is reduced by half, and the quantity of oxygen contained in a given volume of air is reduced in the same proportion; but the diminution of oxygen in the case under notice could not have caused death. It is known by experience and proved by experiment that a human being is capable, without any great inconvenience, of living for some time in an atmosphere containing half the normal quantity of oxygen. No amount of inhalation of oxygen would have prevented the bleeding from the mucous membrane of the mouth and lungs, which was accompanied by extreme lassitude and temporary paralysis of the respiratory muscles, which proved fatal-symptoms caused by low atmospheric pressure. Another point to be taken into consideration is whether the gases generated during digestion in the stomach and intestines would not under such conditions act in such a way as to push the diaphragm upwards, and thus interfere with the movements of respiration.

The moral lesson to be drawn…is that man should keep within his own sphere as from his organization he is not fitted to soar to the lofty regions of the air.’
https://books.google.co.th/books?id=DG1nAAAAcAAJ&printsec=frontcover#v=onepage&q&f=false

Thanks @Hamish - I had not read that summary before!

Yup. And really not recommended @sloopie72 … to quote: " The idea of climbing to the altitude of a cruising airplane (29,029 feet) without supplemental oxygen—which has only about a 10 percent success rate—is daunting."

What It Takes to Climb Everest with No Oxygen

Cory Richards and Adrian Ballinger summited the highest mountain in the world last month—Ballinger without supplemental oxygen. Here's how they trained their minds and bodies to accomplish one of mountaineering's most difficult feats.

@Hamish love the tidbits you pick out of Google Books!

Speaking of oxygen in blood, it reminded of the Lance Amstrong doping scandal whether they were doping with their own blood!

According to the USADA’s 2012 report, he used the hormone Erythropoietin (or EPO) to boost red cell production and oxygen intake. When blood and urine tests to detect EPO became more accurate, he switched to blood transfusions, essentially an older method of reaching the same outcome.

Hacking your body: Lance Armstrong and the science of doping

By now it's widely known that Lance Armstrong finally admitted to doping in an interview with Oprah Winfrey that will air tonight and tomorrow. Armstrong's confession is notable in part because no...

Lance Armstrong: 'A Myth That Kept Rolling Down the Tracks' | KQED

Yes, that’s my understanding. in 4.2, the video about acclimatization, David mentions that Beyond 8,000 meters above sea level, also referred to as the death zone by mountain climbers, the amount of oxygen is generally considered insufficient for humans to acclimatize and survive.

It’s incredible to think that some people have adapted to these sorts of conditions: Babu Chiri Sherpa spent 21 hours on the summit of the Everest without supplemental oxygen.

This is great, Hamish, thanks for finding it and posting! “Man should keep to his own sphere” has pretty much been blown out of the water by space travel and deep-sea exploration - but maybe we’ll someday find it was an appropriate caution. Thing is, people have never been very good at minding boundaries!

How heartbreaking, to have to turn back 200 meters from the goal. No wonder he figured out a way to do it.